Written by: Margaret Steen
In a Stanford survey, nearly two-thirds say they will be out of business in six months if current trends continue. 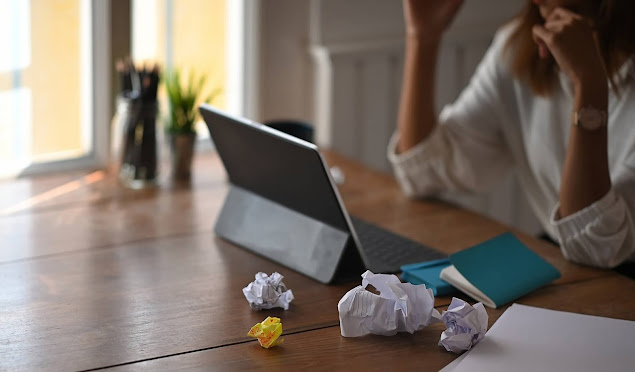 Maria Palacio lost 97% of her coffee company’s business over a 24-hour period in March, just a few days after the World Health Organization declared COVID-19 a pandemic. Progeny Coffee delivers sustainably farmed coffee to workplaces in Silicon Valley. Business had been slowing as the health crisis mounted and tech companies encouraged employees to work from home. Then authorities in the San Francisco Bay Area issued orders for residents to shelter in place, emptying the offices of Palacio’s customers.

Two weeks after the WHO declaration, the Stanford Latino Entrepreneurship Initiative administered a survey on the effects of the crisis to 224 mostly scaled ($1 million-plus revenue) Latino-owned businesses in the United States. The findings were alarming: 86% of respondents reported immediate negative effects ranging from project delays to complete closure. And almost two-thirds said they would not be able to sustain their businesses for more than six months if the restrictions were kept in place. Detailed results are reported in “The Impact of COVID-19 on Latino-Owned Businesses.”

After Congress responded to the unfolding economic disaster in late March with the Paycheck Protection Program (PPP), managed by the Small Business Administration, SLEI conducted a second survey focused on government assistance to businesses.
Instant Impact

Palacio, cofounder and CEO of Progeny Coffee in Berkeley, California, is an example of the 86% of respondents who felt immediate negative effects of COVID-19.

In addition to losing local customers, the company couldn’t ship coffee from Colombia to European customers because of a shutdown in Colombia. And Palacio had to postpone plans to launch a new beverage: The drink could no longer be bottled in Colombia, and the U.S. supermarket chain that had agreed to buy it was too focused on supplying essentials to introduce a new product.

“Everything that we had really positive in our company shut down,” Palacio says. “It all happened at the same time.”

Not every survey respondent said business was down. For 3% — those who sell cleaning supplies, for example — the pandemic has had positive effects. “Our business has exploded,” reported one maker of hand sanitizer and disinfectants.

The remaining 11% of respondents reported business as usual. Some were deemed essential businesses and continued operations. Others have been able to shift their employees to telework. These respondents noted some additional expenses related to employees working from home, and some offered additional sick leave. Many are also anticipating additional downstream effects.

One-quarter of the scaled companies and one-third of the unscaled companies in the survey said their employees cannot work remotely, putting them under even more pressure.

Alan Koenig is the chief financial officer of Prosein, a 40-year-old family business in Miami that sells flooring to developers, contractors, and architects. Although the business was not shut down — construction was considered an essential industry — traffic in the company’s showrooms declined by over 90% in April. That same month, the company’s sales were down 70% compared with the beginning of the year. “People are not coming to a showroom,” Koenig says.
Will customers have the money to pay?

One survey respondent who had not seen an immediate impact on business was worried nonetheless: One of their customers has already changed to paying in 60 days rather than 30, while another needs more time to figure out how to pay.

Prospects for future business are even more concerning. One respondent who works in the real estate industry is worried that if real estate sales fall, business will drop off as well. And Koenig notes that it’s not clear how many people will embark on a home remodel during a recession.
Will supply chains hold up?

Even if demand for goods resumes once businesses reopen in the U.S., global supply chains are being disrupted. For example, Koenig is seeing delayed shipments from Italy and Spain.

In Colombia, Palacio says the coffee farmers she works with are having trouble harvesting and shipping their crops due to the pandemic. “There’s no way right now to get the coffee all the way to the port to ship it out for some of our farmers,” she explains. Coffee is typically harvested just once or twice a year, so losing a crop could have an outsize effect on the supply.
Weathering the Storm

The businesses that have been hardest hit by the pandemic don’t have a lot of time to rebound. Almost two-thirds of respondents — 65% — said they can continue operating for up to six months under the current restrictions. This includes 71% of unscaled firms and 59% of scaled firms. 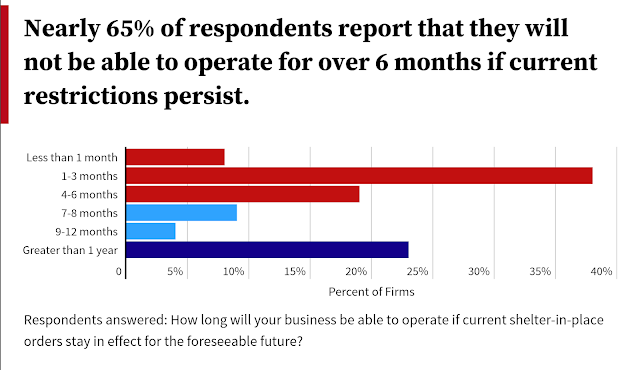 Almost half of respondents — 46% — said they would run out of money in three months or less. “We’ve called our landlord and all of our vendors to request forbearance on all of our monthly bills,” one respondent said.

“In terms of liquidity, there’s a real sense of urgency to get cash to these businesses,” says Marlene Orozco, lead research analyst with SLEI.

For the first round of PPP funding approved by Congress, aid was distributed primarily through banking institutions — a disadvantage for many Latino-owned businesses, which are less likely to be connected to large financial institutions, Orozco says.

Koenig is among those who’ve been approved for government aid: both a PPP loan and an Economic Injury Disaster Loan from the Small Business Administration. With these in place, he estimates that he can keep his 15-employee business afloat for six months. “But we need to come up with new ideas to make the business profitable again,” he says.

Palacio also sought help to keep her business going. She applied for PPP loans from several lenders and was approved by a small lender in Minneapolis. She also got an Economic Injury Disaster Loan and a loan from ICA, a Community Development Financial Institution in Oakland. And Intuit, one of her customers, started a GoFundMe campaign to help her business and the Colombian farmers who produce the coffee.

“We reacted pretty fast and applied to many different places,” Palacio says.

Almost a quarter of respondents (23%), mostly in the professional and business services industry, said they could keep their businesses going for more than a year under current conditions.
Adapting to the New Reality

Business owners realize they will need to be nimble to survive.

“We are assuming that this is our new normal and we need to make it work,” Palacio says. It’s not clear how long until Silicon Valley office buildings fill with employees again, so she is shifting her business to sell coffee direct to consumers. “If we’re able to figure out a niche market and create subscriptions, that will give us more runway.”

Koenig, too, is looking for ways to adapt his business — perhaps even after the crisis is over. The company is trying to improve its cash flow by charging customers for products in full up-front rather than letting them pay only 50% until they need them. They are also sending tile samples to customers and exploring virtual reality as a way to show customers how the tiles will look. Strategies like these might ultimately replace the company’s physical showrooms.

“We have big showrooms that maybe are no longer needed,” Koenig says. “We don’t know if people are going to go out and look for flooring. We need to take our business to our customers’ homes.”
Posted by Soledad Tanner Consulting at 11:36 AM