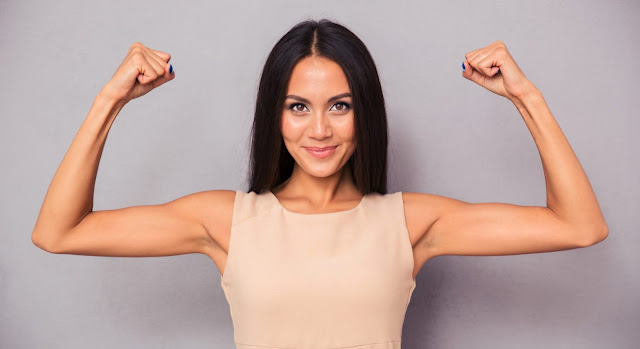 Aug. 26 is Women's Equality Day, the anniversary of the day in 1920 that the 19th Amendment to the U.S. Constitution was adopted, giving women the right to vote. The anniversary has been observed since 1971, following the nationwide Women's Strike for Equality in New York City the previous year that involved 50,000 women gathering on Fifth Avenue.

Other days throughout the year recognize women's achievements, such as International Women's Day on March 8, or draw attention to income discrepancies between men and women, like Equal Pay Day on April 2.

Despite making up about half of the labor force and the majority of the college-educated workforce, women have not achieved complete equality when measured in pay equity, representation in leadership roles and seats on boards of directors.

"Women's Equality Day is a reminder of how far we've come, but we are far from true gender equality worldwide," said Georgene Huang, cofounder and CEO of Fairygodboss, a career site for women.

"Women want to see more women in leadership positions and in positions of power to effect change. We want to be paid equally for equal work, and, most importantly, we want to be treated the same and awarded the same opportunities as our male peers," she said.

Change is slow, despite the many mentoring and sponsorship programs in U.S. businesses, noted Subha V. Barry, president of Working Mother Media, in research the organization released on women in corporate America.

SHRM Online has collected the following articles about the workplace gender gap from its archives and other trusted news sources.

True Gender Equity at Work Is Still a Distant Reality

Women these days can be CEOs, entrepreneurs, board directors, doctors, engineers and truck drivers, yet true gender equity at work—in terms of leadership, pay and promotion—is still a maybe-someday ideal. Nearly 80 percent of global organizations do not formally prioritize the advancement of women, despite research showing that doing so is good for a company's bottom line. That's according to a new survey of 2,300 executives worldwide by IBM's Institute for Business Value and Oxford Economics.
(CNN) 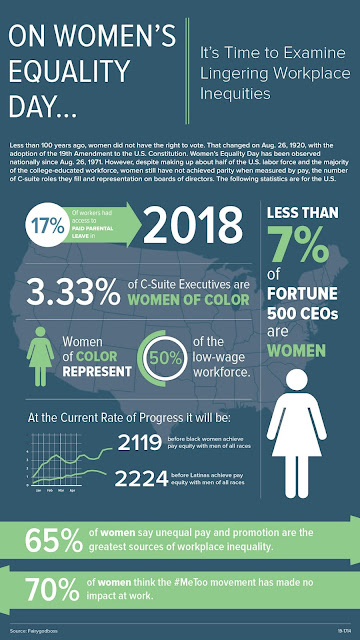 Maine, Hawaii and Nevada, in respective order, took the top three slots in a new WalletHub study on women's equality. Idaho, Utah and Texas came in at the bottom of the rankings. The financial site came up with its list by comparing states on 17 key metrics ranging from the percentage of female business execs to the educational attainment gap between men and women.
(San Antonio Current)

Women Did Everything Right. Then Work Got 'Greedy.'

American women of working age are the most educated ever, yet it's the most educated women who face the biggest gender gaps in seniority and pay. At the top of their fields, they represent just 5 percent of big company chief executives and a quarter of the top 10 percent of earners in the U.S. There are many causes of the gap, like discrimination and a lack of family-friendly policies. But recently, mounting evidence has led economists and sociologists to converge on a major driver—one that ostensibly has nothing to do with gender.
(The New York Times)

Sixty percent of U.S. organizations are working to resolve pay inequities based on gender, race or other demographic factors, and most organizations that are not yet taking action are considering doing so. Larger companies are more likely to be taking action than smaller businesses, according to a new survey, which found that among employers engaged in managing pay equity issues, most are focusing on pay equity analysis, remediation strategies and pay equity adjustments and identifying and resolving root causes of pay inequities.
(SHRM Online)

All S&P 500 Companies Now Have Women on Boards

There are no longer male-only boards of directors among Standard & Poor's 500 companies. Dallas-based Copart Inc. became the last of those companies to add a woman to the fold with the appointment of Diane Morefield, chief financial officer at CyrusOne Inc. There has been a push for board diversity in recent years. Last year, California became the first state to pass a law requiring publicly traded companies headquartered there to have at least one woman on their boards by the end of 2019. By the end of July 2021, boards with five members would need to add at least two women to their boards and boards with six or more members must add at least three women.
(SHRM Online)

As Gender Diversity on Boards Improves, There's Still a Gap at the Top

While the uptick in the number of women holding board seats between 2012 and 2019 is an improvement, it is nowhere near to reaching gender parity, especially when it comes to multicultural women.
(Diversity Best Practices)

Men play a pivotal role in creating workplaces where male and female employees can succeed, according to Catalyst. The New York City-based global nonprofit helps organizations advance women in the workplace, and it encourages employers to engage men as champions and build inclusive cultures. Many men would take more action to make their workplace inclusive if they knew what to do, according to the National Center for Women & Information Technology.
(SHRM Online)

Employers serious about building gender equality in their organizations may offer paternity leave to new fathers in addition to maternity leave for new mothers. Further, they should help men take paternity leave as often as women take maternity leave, new research indicates. The 2018 Global Parental Leave report, released in September by HR consultancy Mercer, shows that in Britain, Canada, France, Germany, Italy, Japan and the United States, at least 23 percent of men could be taking paid paternal leave but are not. The report draws on responses from almost 1,000 employers.
(SHRM Online)
Posted by Soledad Tanner Consulting at 9:18 AM