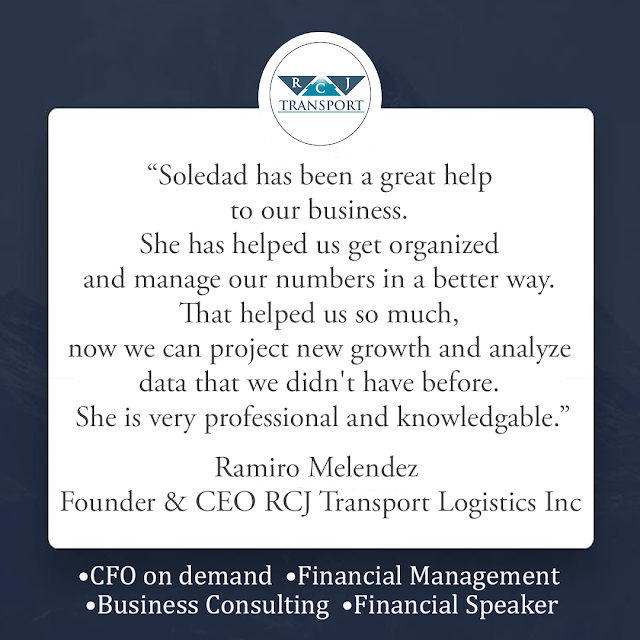 Posted by Soledad Tanner Consulting at 6:59 AM No comments:

Good News For Minority-Owned Businesses: Community Banks Get First Crack At The New Round Of PPP Loans 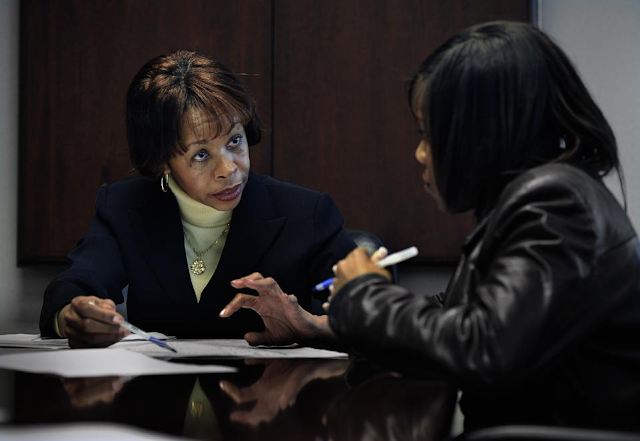 The Paycheck Protection Program (PPP) reopens tomorrow, but it won’t offer the same edge to big, well-financed businesses as the first iteration did. You might remember the uproar over some very large businesses—with plenty of other sources of liquidity—swooping in to claim PPP money. This time, to promote access to capital, initially only community financial institutions will be able to make First Draw PPP Loans on Monday, January 11, and Second Draw PPP Loans on Wednesday, January 13. Then PPP will open to all participating lenders shortly thereafter. Let’s talk about why this change is happening and how to take advantage of the change if you’re one of those borrowers.

The first round had problems

The initial rollout of PPP was a mess, and it’s easy to see why. The Coronavirus Aid, Relief, and Economic Security (CARES) Act, signed into law on March 27, 2020, allotted $349 billion for the Paycheck Protection Program. Eligible business, the self-employed, sole proprietors, freelance and gig workers were all welcome to apply. Many rushed to take advantage of favorable features including no personal guarantees or collateral required and payments deferred for six months. Best of all, part of the loan could be forgiven and not counted as income as long as the money was spent on certain operating expenses during the first weeks after origination.

On Tuesday March 31st, Treasury Secretary Steven Mnuchin announced that “Treasury and the Small Business Administration expect to have this program up and running by April 3rd so that businesses can go to a participating SBA 7(a) lender, bank or credit union, apply for a loan and be approved on the same day.” That gave banks four days to set up a brand-new system that would allow small businesses to apply for a loan and be approved in the same day.

Four days turned out to be too fast, and chaos ensued. Just hours before the April 3rd start date, banks began notifying customers that they wouldn’t be ready for the deadline. Then when the program got going, big banks allotted scarce funds to their best customers and faced lawsuits over the way they handled the rollout. The self-employed, sole proprietors, freelancers and gig workers were locked out for the first week—a big problem when the initial funds were exhausted in less than two weeks. Many aspects of the program had to be clarified on the fly. So far there have been almost 30 Interim Final Rules and 11 pages of Frequently Asked Questions.

Shortly after the initial funds ran out, Congress allocated an additional $320 billion to the program. By the beginning of May, the program had made over 2.5 million loans with a total value of $187.1 billion—about 60% of the funds available in round two. And by the initial end of the program, PPP had 5.2 million loans worth $525 billion to America’s small businesses, supporting an estimated 51 million jobs. According to SBA data more than 87% of the loans were $150,000 or less, with an average loan size of $101,000. Additionally, the SBA says 27% of the funds went to low- to moderate-income communities.

A later Brookings Institution report showed that:Brookings points out that “This delay is particular acute because, according to the JPMorgan Chase Institute, in at least 90% all majority-Black and majority-Latino or Hispanic neighborhoods, a majority of small businesses have cash buffers of less than three weeks, compared to only 35% of majority-white neighborhoods.”

Minority-owned firms have been shut out for a variety of reasons. They’re less likely to have a relationship with lending banks. Their owners may not have access to financial and legal expertise. Even after the government expanded participation to FinTechs and community banks and set aside $60 billion explicitly for community finance institutions, minorities got less than their share. Brookings noted that Black business owners were more likely to be denied PPP loans compared to white business owners with similar application profiles due to outright lending discrimination.

Why this is important

This is not the first time communities of color have been left out of sweeping government reform. In fact, it’s happened repeatedly Reconstruction after the Civil War to The New Deal during the Great Depression to The Great Recession of 2008. The book The Color of Money: Black Banks and the Racial Wealth Gap by Mehrsa Baradaran, takes a deep dive into the history of discrimination in federal programs. The author demonstrates that “the hand that drives black poverty is not a natural and invisible one, but rather the coercive hand of the state that has consistently excluded black from full participation in American capitalism.”

I’ve written about the Racial Wealth Gap before, but these statistics are worth repeatingDiscrimination doesn’t just affect black and Latino families. In the past, California passed laws against Japanese businessmen after they became economically success. Native American had their land taken away when oil was discovered on it.

Small businesses have been touted as the backbone of the U.S. economy. Additionally, the racial wealth gap is much less significant for entrepreneurs than for any other sector of the population. Yet an October 2020 Main Street Alliance and Color of Change poll found that almost half of Black-owned small business have shut down already or will soon.

Funds in the next round of PPP are limited, as they have been in previous rounds. Congress has approved $284 billion in new loans, and the deadline to apply is March 31st, 2021. Now that forgiveness and tax rules are clearer, the money is likely to go much faster. The Trump administration expects that this new round of funding will be sufficient to meet demand, but we’ll see.

The SBA is taking steps to ensure the hardest hit communities don’t miss out as they did last time. Small Business Administration (SBA) Administrator Jovita Carranza said the new “guidance builds on the success of the program and adapts to the changing needs of small business owners by providing targeted relief and a simpler forgiveness process to ensure their path to recovery.”

Some of those steps include:
In its guidance, the SBA called upon its lending partners to “redouble their efforts to assist eligible borrowers in underserved and disadvantaged communities.” Some questions still exists, however, of whether institutions that have been enlisted in offering a head start will actually be ready. We may end up with a situation as we did last April where the desire to start the program doesn’t match reality.

Get educated on the program updates

Additionally, you’re generally eligible for a Second Draw PPP Loan if you:I’ve written in more detail on the updates for small businesses here, here and here. Take time to figure out if and what you’re eligible for.

If you have not applied for loan before, look for a community lender including a Community Development Financial Institution, Minority Depository Institution, certified development company or microlender intermediary. In addition to finding them online, the SBA offers a Lender Match program that can match you with smaller lenders who can aid traditionally underserved communities. You can also ask a local SBA district office for assistance.

Your head start is only a few days, so don’t delay. Take advantage of this opportunity while you have it. Additionally, spread the word to your fellow entrepreneurs.

This effort is just the beginning in the much-needed work to equalize access to business ownership and support. This moment provides an opportunity for us to explore and take significant steps towards fixing a monumental problem.
Posted by Soledad Tanner Consulting at 7:41 AM No comments: