By not putting aside a reasonable profit each year, we set the stage for a crisis. Revenue doesn't make you a viable business. Profit does. So, what is profit? Expenses are what’s left after you subtract profit from revenue.

We should have the discipline of setting aside a percentage of revenue for profit and spending only what’s left. Expenses actually can be avoided, eliminated or delayed. More efficient processes must be developed. The hardest part is making costs fit the available money.

Soledad Tanner Consulting seeks to improve your company profit & productivity.
We will help you with strategies to grow margins and reduce expenses. 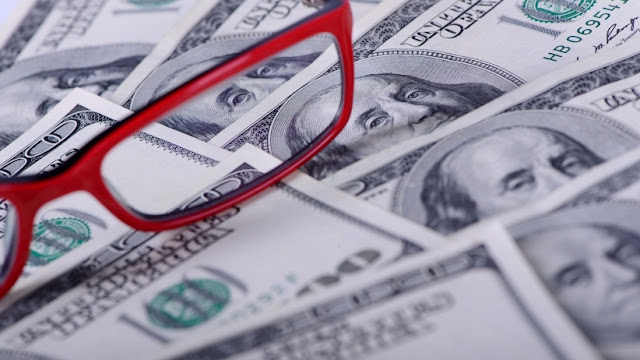 I could have avoided a million-dollar bank scare with the strategies in Mike Michalowicz's book, Profit First.

Years ago, I got the kind of letter that entrepreneurs never want to receive. It was a certified letter from my bank saying that they no longer wanted to be my company's lender, and requesting I personally deliver $1,411,400.10 to their offices within two days. I didn’t have a million dollars and couldn’t have raised a fraction of that amount even if I had sold my house, my car and any non-essential organs.

My business partner got the same letter, too. So did our spouses. The bank was invoking the personal guarantee that we had signed years earlier to close on a line of credit.

Related: 4 Steps to Reinventing Yourself After Hitting Rock Bottom

That was almost certainly the worst day in my business life. In 10 years, we had gone from a bootstrap startup to a successful 8-figure business in the growing home computer market. We had built an office and warehouse facility that was both highly efficient and, in our eyes, beautiful. We employed dozens of people. Other entrepreneurs sought our advice.

There were many factors that brought us to this financial impasse. Our bank had gone through two consecutive acquisitions. Instead of the local, entrepreneur-friendly bankers we had dealt with for years, now a faceless loan committee in a distant city was deciding our fate. We had been a customer for our entire history and never missed a payment, but the committee decided they didn't like our numbers. Game over.

In our core business, meanwhile, the global brand that was our largest supplier and the driver of sales for many of our other brands was itself teetering on the edge of bankruptcy. Product introductions were delayed, shipments were erratic, and market support was rapidly eroding. Revenue growth went from positive to negative.

While these external factors were important, much of the blame for the dire situation we found ourselves in rested with the way we built the business.

For more than 10 years, we had focused primarily on growth. Every year, we had double-digit increases in sales. Rather than pay taxes, we spent the profits we eked out on things we thought would help us grow even faster. We thought that to be viable, we needed to break the $100 million sales barrier, a goal achievable in just a few more years.

According to author Mike Michalowicz, author of Profit First: Transform Your Business from a Cash-Eating Monster to a Money-Making Machine, our approach was the complete opposite of what it should have been. By not putting aside a reasonable profit each year, we set the stage for our eventual bank crisis.

Revenue doesn't make you a viable business, as our strategy implied. Profit does.

So, what is profit? Check any business textbook, and you’ll find that profit is what’s left when you subtract expenses from revenue. The math is simple and intuitive, and just about every entrepreneur knows that formula. Here’s the problem: that equation is a key part of why so many young businesses fail.

In Profit First (newly released in a revised and expanded edition), Michalowicz turns that long-established equation on its head. His math is also simple -- expenses are what’s left after you subtract profit from revenue.

Related: 10 Books Every Leader Should Read to Be Successful

That concept seems strange. We think of expenses as unavoidable -- cost of material, for example. Rent, salaries, utilities and so on seem equally intractable, at least in the short run. If we didn’t need to spend on something, we wouldn’t, right?

In fact, the discipline of setting aside a percentage of revenue for profit and spending only what’s left is what makes Michalowicz’s concept work. Expenses actually can be avoided, eliminated or delayed. Doing that can be uncomfortable, of course. It may mean some spending for growth doesn’t happen immediately. More efficient processes must be developed. Sometimes, difficult decisions about people and positions must be made.

It is counterintuitive, but Michalowicz says that a profit-first approach is actually growth-friendly. When you encounter a truly attractive opportunity that will add to revenue and profits, you will have the resources to invest in it without endangering the current business. When a business without a profit cushion plows every spare dollar back into the business, much as we did so long ago, it is planting the seeds not for growth but for a future crisis.

In the years that led up to my $1.4 million demand letter from the bank, we could have been far more profitable. Some of our growth-oriented “investments” never returned a fraction of their cost. We increased our inventory using our line of credit when we could have freed up cash by aggressively clearing out slower-moving items.

Profit First is the book I wish I had when I began my entrepreneurial career. It describes both a philosophy and a system for building businesses in a sustainable way that creates long term success. The philosophy is that certain items -- profit, taxes, and owners’ pay -- are accounted for first. Then, what’s left is what the company can spend on everything else.

Naturally, the percentages for profit and owners’ pay must be reality-based, particularly in the early phases of a venture. One can’t arbitrarily set a profit level inappropriate for the industry and expect it to magically happen.

Related: 9 Small-Business Trends That Should Be on Every Entrepreneur's Radar

Undoubtedly, the hardest part of Michalowicz’s prescription is making costs fit the available money. Fortunately, a big chunk of Profit First is devoted to strategies to growing margins and reducing expenses. The book shows how even apparently fixed expenses can be cut and that increasing profit margins can often be a no brainer.

From hiring and firing practices to eliminating low-profit clients, Michalowicz outlines simple techniques that can be applied in any business. Some steps may be painful, but the discipline of limiting expenses while protecting profit makes the pain worthwhile. The book is sprinkled with examples showing how tough decisions brought businesses back from the brink of disaster.

Michalowicz covers some aspects of accounting, but the book is definitely not about debits, credits and ledgers. Since the first edition of Profit First was released, some accountants have formally adopted its techniques for their clients. According to Michalowicz, the number of entrepreneurs using the system is now in the tens of thousands.

The Profit First philosophy and system for building businesses would have prevented at least a few major pain points in my ventures. Had I adopted those practices, who knows how outcomes would have differed?

The final chapter of my $1.4 million crisis could have been far worse. We slashed costs, liquidated inventory, built on profitable segments, and eventually paid off the bank. We never had to deliver any personal assets. But, the stressful workout process permanently changed the company. We sold our custom-designed building. Long-time employees were let go. The business itself emerged as a greatly diminished entity with a different business model than my co-founder and I had pursued. We both left the business and went on to entrepreneurial success in divergent fields.

Even today, I keep the original bank letter in a frame on my office wall. On days when I think things aren’t going well, I glance at it to remind myself what a bad day really is.

Profit First came a bit too late for me, but if you know an entrepreneur or struggling business owner, give them the book. It will change their business and, quite possibly, their life.
Posted by Soledad Tanner Consulting at 5:32 PM