Closing the Strategy-Execution Gap Means Focusing on What Employees Think, Not What They Do

Most initiatives set up to execute strategy fail to deliver the intended benefits. When it comes to strategy execution, there is a “knowing-doing” gap.

Most executives focus on structure, authority, and process which are “tangible” and easier to demonstrate and measure, but does this approach support a change of attitudes and mindsets? What if we took a truly participative approach? What if there was genuine, inclusive dialogue, engagement and two-way interaction? Participative execution is the antidote to the tyranny of the tangible.

Executives need to create the space for genuine interaction characterized by curiosity, expression of ideas, inquiry, and experimentation. 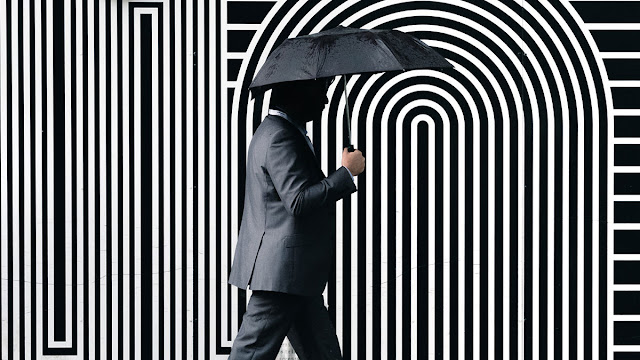 
When you embark on a new strategic journey to sustain and grow your organization in an uncertain world, what do you prioritize? If you’re like most of the leaders we know, you start with organizational structure and processes.

This would be a mistake.

In 2016 we asked 80 senior executives from 20 countries and 25 industries where they focus their attention throughout strategic execution. Their responses overwhelmingly prioritized redefining organizational structures, realigning decision authorities (governance), and reinventing processes.

We then asked what, in their experience, were the biggest barriers to long-term execution — and 76% cited employee interaction. In other words, people failing to work together to make change happen.

This research confirms that when it comes to strategy execution, there is a knowing-doing gap. Executives know the barriers to long-term success are a lack of interaction and collaboration, yet they focus on structure, authority, and process. We set out to explore why.
The Tyranny of the Tangible

Over the last year, we have explored this paradox with groups of senior executives. Without hesitation, their explanation of the knowing-doing gap is: Structure, process, and governance are “tangible” — action there is easier to demonstrate and measure. Not incidentally, that is often what executives’ performance is measured on.

We call this the tyranny of the tangible. And it comes at a cost that is all too familiar: Most initiatives set up to execute strategy fail to deliver the intended benefits. Seventeen percent of large IT projects go so badly that they threaten the very existence of the company; a study of government projects in the UK revealed $4 billion in wasted efforts as a result of failed initiatives.

There is also a human cost. Most people have experienced what happens when strategy execution starts with changes to structure, governance, and process. People resist and become anxious. Will I have a job? Will I lose valued colleagues?Fatigue sets in, morale hits the floor, engagement scores dwindle, and negative narratives circulate about the organization’s ability to manage change.

The fear of creating this very situation, executives explained to us, is why so many of them focus on the tangible instead of the human. Having an open dialogue around important strategic issues simply feels too risky. “We feel like we would lose control,” they told us. “Resistance to our plans would surface.” In fact, psychology and experience tells us, the reverse is true: A lack of genuine, reciprocal interaction and the feeling of imposed change increases employees’ anxiety and resistance.

The theme of control is particularly interesting given the stated aspiration of most organizations to empower their people. The most common chief executive exaltation we hear is “We must be more innovative, agile, and adaptable.” Yet when we engage with executives we find one of the biggest drivers toward the tangible is the fear that without a firm grip anything could happen. We were struck by the dissonance with the ambition — if you want to be more innovative and agile and anything could happen, isn’t that a truly brilliant notion?

The tyranny of the tangible has its roots in a world that offers high degrees of certainty and agreement. Periods of stability, steady growth, consistent margins, and happy customers enable us to manage by predetermined objectives, communicate downward through the hierarchy, and set individual annual performance metrics. Minor variances are controlled through small changes to structure, governance, and process.

It is not surprising, in this deeply established operational mode, that when things need to change drastically, we instinctively reach for and pull harder on the very same levers we have been using to maintain control in more stable times; it’s much like how we would exert more force on the steering wheel in our car should the road become more winding. The problem, of course, is that strategic change begs a very different question — not how do you stay on the same road, but how do you take a new path?
Participative Execution

To escape the tyranny of the tangible, we encourage leaders to contemplate what would happen if they started with interaction. Instead of seeing formulation and execution as distinct phases, with engagement somewhere in between, what if we took a truly participative approach? What if there was genuine, inclusive dialogue? It might start with why the organization needs a new strategy, continue with what strategic options could be created, and conclude with how to set about making it happen — together. In today’s uncertain, fast-changing world, the idea that a few brilliant brains at the top of the organization, or from a niche consultancy, can define the perfect strategy is ridiculous. The participative approach to strategy execution recognizes that, to remain relevant, the strategy at least in part has to be shaped by the people who need to execute.

And yet executives rarely invite participation. Instead, they embark on a series of broad, one-way communications (for example, town halls or webinars) to share their thinking. Events like those only serve to invite employees to give their views on what has already been proposed. Leaders have done the thinking and come up with the answer — changes to structure, process, and governance. They have made sense of and interpreted the context as they see it and come to a conclusion about what action is needed. Now, they say, it is time to get on with it! The webinar or town hall is just a step toward getting on with it.

The impact of this one-way, directive communication, the focus on the tangible and the fear of losing control, is twofold:
It undermines engagement. Leaders fail to appreciate that they have had far more time to make sense of the context. We all tend to underestimate the time our own journey has taken and overestimate the clarity we now have as a result. When employees raise challenges or questions they risk being labeled as resistors, creating an unhelpful dynamic.
It reduces diverse contribution. When people know or sense that all the important decisions have already been made, they are less likely to share their perspectives, ideas, and worries or take responsibility for outcomes.

People do not change their minds through being told, however open and inclusive the communication may be. When we have skin in the game, reason counts for far less than we might think. It is an oft-forgotten feature of human nature that if you want to influence someone, a good start is to show they have influenced you. If you are open to others, others tend to be open to you. Influence comes through interaction.

Participative execution is the antidote to the tyranny of the tangible. It engages all stakeholders in an interactive and dynamic process in which: The realities of the strategic context are confronted and explored; the options for responding to and shaping the context are created; and the priorities and milestones are agreed upon and revised as required. It makes the intangible tangible and incorporates worries, hopes, fears, and intentions in the process.

Leaders cannot have all the answers. You need to create space for people to make sense and have influence through iterative dialogue. In defining the priorities and milestones through interaction, if it is clear that current structures, governance, or process need to change in support, then you can implement considered changes with agreement and avoid the cost and disruption of knee-jerk changes imposed to eradicate uncertainty.

The lesson: You need to go slow to go fast. You need to create the space for genuine interaction characterized by curiosity, expression of ideas, inquiry, and experimentation. There is more value to be found in exploring an open question than in imposing an answer that cannot be seriously challenged.

Alison Reynolds is a member of faculty at the UK’s Ashridge Business School where she works with executive groups in the field of leadership development, strategy execution and organization development. She has previously worked in the public sector and management consulting, and is an advisor to a number of small businesses and charities.

David Lewis is Director of London Business School’s Senior Executive Programme and teaches on strategy execution and leading in uncertainty. He is a consultant and works with global corporations, advising and coaching board teams. He is co-founder of a research company focusing on developing tools to enhance individual, team and organization performance through better interaction.
Posted by Soledad Tanner Consulting at 1:19 PM

Email ThisBlogThis!Share to TwitterShare to FacebookShare to Pinterest
Labels: Strategy