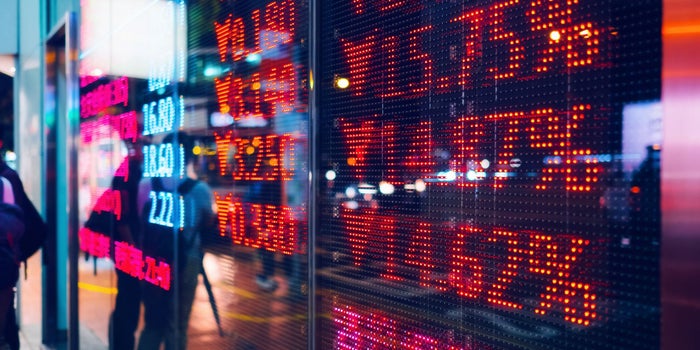 The coronavirus is turning global markets upside down, but recessions are fertile ground for disruption.

As COVID-19 wreaks havoc on a global scale, market-watchers are worrying about signs of another recession. Already, major conferences like South By Southwest and Facebook F8 have been cancelled. Airlines are grounding flights. Studios and startups are postponing film and product launches. Global stock markets have plummeted, evaporating $9 trillion and counting.

Entrepreneurs are asking themselves a looming question: How can I protect my business during these uncertain times? It’s complicated, but I believe there is reason for optimism.

Economists have been skittish about a possible economic downturn for months now, stemming from a different threat: a Chinese trade war. But even as recently as last fall, small business leaders weren’t overly concerned. In Sept. 2019, the U.S. Chamber of Commerce updated their Small Business Index, finding record-high levels of confidence among small business owners: A majority of respondents said both their business and their local economy were in good health.

More recently, Sentieo, a financial research company, studied the market effects of the coronavirus outbreak in detail. Their findings are remarkable. While most companies’ value crumbled, they observed that several companies have actually been thriving, including file-management software Atlassian, video-conferencing software Zoom, remote healthcare company Teladoc and exercise bike–maker Peloton.

“We realized that this is the ‘Work from Home’ portfolio,” the study’s authors concluded. “We are witnessing the markets pricing around large-scale adoption of these names due to the coronavirus.”

This is huge news—not just for investors, but for entrepreneurs, too. And I see two major takeaways from the Sentieo study above.

Firstly, it is an ideal time to invest in or create a company that encourages remote work. The Globe and Mail, a Canadian newspaper, expanded on Sentieo’s data and found a surge of high-level corporate calls mentioning remote work in February 2020. There were more than 100 mentions across major corporations, compared with the previously single-digit monthly average. Meanwhile, Growrk, a company that helps transform home offices into proper workstations, officially launched just six months ago. After COVID-19, they’ve seen a tenfold surge in client demand.

This is not new—remote work has been a growing trend for years now. But fears of COVID-19 have rapidly accelerated its mainstream appeal. This may well be a turning point in the future of work, which is moving away from nine-to-five office hours and toward flexibility and independence. For example, COVID-19 sharpened the reality that risk mitigation—regarding pandemic viruses or natural disasters—is a built-in advantage for remote workforces.

The second takeaway is that recessions can create tremendous opportunities for market disruption. After the 2008 crash, two unicorn companies were born: Airbnb and Uber. Both found ways to disrupt old business models by empowering everyday people to find new revenue streams, offering creative, viable, affordable alternatives to traditional workplaces. The gig economy has always existed, but the Great Recession rocketed it to a whole new level. People suddenly found themselves unable to rely on our broken institutions. Self-employment was the solution.

This does not apply to every company, but recessions act as “filters” that weed out weak business models and force leaders to adapt.

During the Great Recession, I witnessed the downturn devastate most marketing agencies. Debt loads soared. Cash flows ground to a halt. Costs were cut. Thousands of people got laid off, compounded by a mass scramble for work in a tightened creative field. According to several estimates, ad spends in the U.S. dropped 12 percent; worldwide, the industry saw a nine-percent fall.

My company, Cimaglia Productions, however, saw a banner year. After a few frugal months, brands rebounded, realizing they still needed to create content. Unlike a major ad agency, I kept our overhead costs low and knew a wide network of creatives (many of whom suddenly found themselves out of work), which perfectly positioned us to work both with big agencies and multinational brands directly. Between 2009 and 2010, we wound up more than doubling our revenue.

Here’s what I learned: Large companies, overly reliant on hefty retainers to fuel inflated overhead costs, suffer in a recession. The same is true of many industries, including media, tourism, finance and construction.

But the dips don’t last. And when the recession fades, your company can be poised to take advantage of the newfound business.

It sounds contradictory to point out that recessions hit small businesses the hardest, while also creating fertile ground for startups. But both are true. The crucial difference is one’s business approach. For entrepreneurs who can weather the storm, the global market volatility does not have to be a threat—it can be an opportunity.
Posted by Soledad Tanner Consulting at 5:34 PM