Why There's Never Been a Better Time to Encourage Female Founders

Source: https://tinyurl.com/erjmk4yk
Written by: BY CAROL SANKAR, FOUNDER, THE CONFIDENCE FACTOR@CAROLSANKAR
When female founders are given the right opportunities, they quickly turn the business into a worthwhile investment. 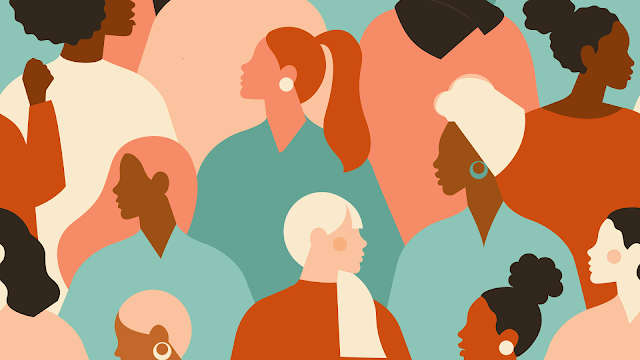 Whether operating as solopreneurs or leading enterprise companies, the business world is seeing more female founders than ever before. Many female founders are even finding themselves on lists for the best-led companies.


Despite this, women continue to face many obstacles as they try to get their business ideas off the ground. While VC funding has increased in 2021, total VC allocations to women-led companies continue to be in the single digits, percentage-wise. And female-led firms continue to be the minority.

However, there is no denying the obvious: this is the best time to empower and encourage female founders.

Women-owned businesses have continually demonstrated their potential for success. According to the National Association of Women Business Owners, there are over 11.6 million firms in the United States that are owned by women, generating roughly $1.7 trillion in yearly sales. Of all companies in the United States with revenue exceeding $1 million, one in five are owned by a woman.

Research has consistently backed the importance of having women in leadership positions -- even in companies that aren't woman-owned.An analysis from McKinsey & Company shows that companies with the most gender-diverse executive teams are 25 percent more likely to achieve above-average profits than their less gender-diverse peers. Interestingly, these odds for above-average success have increased each time this analysis has been performed.

Women have repeatedly shown that they have the talent, ingenuity and grit to turn an idea into a thriving, successful business. Quite often, the only thing standing in their way is a lack of funding. However, as the results have shown, any funding that goes into a woman-owned business will deliver significant returns.

Part of what makes female founders such a smart investment is that they often serve overlooked market niches. It isn't that these niches aren't popular or profitable -- rather, they just have a tendency to get overlooked by the mainstream business world. Women are also often able to draw from their own unique experiences to find (and fill) gaps in otherwise crowded niches.

This became especially apparent during a recent conversation with Alyssa Maccarthy, co-founder of Sunnie Hunnies. The founder of a business that focuses on swimwear for newborns to five-year-olds, Maccarthy and her sister wanted to design children's swimwear in part due to a lack of soft swimwear that was gentle on the delicate skin of babies and toddlers. This was a problem that they had identified firsthand through their own experiences -- it wasn't thought up in a board meeting or pitch session.

The most successful business ideas tend to come from a founder trying to solve their own problem, and it was no different for Maccarthy. However, there is no denying that focusing on how swimwear affects the skin of young children is something that probably would not have been a top of mind priority for male founders.

This is just one example of how women will so often use their own unique experiences and insights to generate new business ideas. From introducing original services to providing a noteworthy improvement to existing products, such ideas also form an immediate connection with customers who feel underserved by what is currently offered by major brands.
Female founders are the future.

While female founders remain the minority, the numbers show that more and more investors are paying attention. Data from 2020 and 2021 reveals that startups with female founders are exiting one year faster than the market average while seeing the value of these exits skyrocket 144 percent -- over 40 percentage points higher than the rest of the market.

When female founders are given the right opportunities, they quickly turn the business into a worthwhile investment. As in so many other areas, early adopters (or in this case, early investors) are poised to see the biggest returns.

Female founders have proven time and time again that they have what it takes to launch and lead successful businesses -- even with the systemic challenges that the corporate world often stacks against them.

However, for every success story we find, there are many other women who don't have the encouragement they need to make a winning business idea a reality. These women need meaningful support. From providing access to financial resources to mentorship, we can create more success stories in the future.

FEB 22, 2022
The opinions expressed here by Inc.com columnists are their own, not those of Inc.com.
Posted by Soledad Tanner Consulting at 2:22 PM