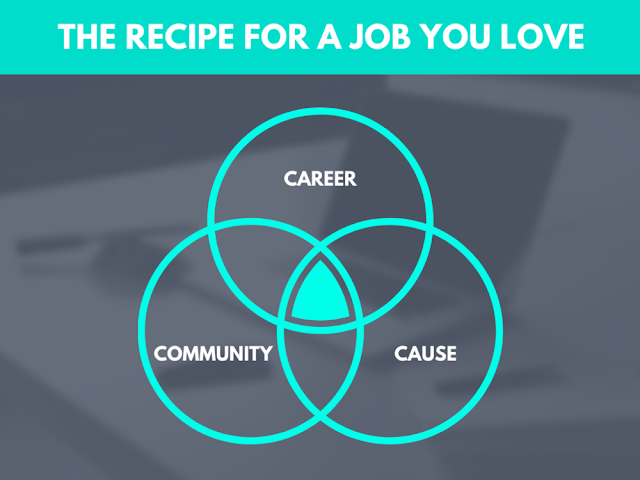 Strike up a conversation about work values, and it won’t be long before someone brings up a pyramid — a famous psychologist’s best-known theory. Abraham Maslow’s big idea was that we all have a hierarchy of needs: once our basic physiological and safety needs are fulfilled, we seek love and belongingness, then self-esteem and prestige, and finally self-actualization. But that pyramid was built more than half a century ago, and psychologists have recently concluded that it’s in need of renovation.

When you review the evidence from the past few decades of social science, it’s hard to argue with Maslow’s starting point. If your basic needs aren’t met, it’s hard to focus on anything else. If you have a job that doesn’t pay enough, and you’re up all night worrying about survival, chances are you won’t spend much time dwelling on self-actualization.

But Maslow built his pyramid at the dawn of the human relations movement, when so many workplaces in the manufacturing economy didn’t have basic physiological and safety needs covered. Today more companies are operating in knowledge and service economies. They’re not just fulfilling basic needs; they’re aiming to fulfill every need, providing conveniences like meals and gyms, and competing to be the best places to work (from 1984 through 2011, those that won outperformed their peers on stock returns by 2.3% to 3.8% per year). In those environments, survival isn’t in question.

And once you get past that layer of the pyramid, the rest of it falls apart. People don’t need to be loved before they strive for prestige and achievement. And they don’t wait for those needs to be fulfilled before pursuing personal growth and self-expression.

If Maslow were designing his pyramid from scratch today to explain what motivates people at work, beyond the basics, what would it look like? That’s a question we set out to answer at Facebook, in collaboration with our people analytics team.

We survey our workforce twice a year, asking what employees value most. After examining hundreds of thousands of answers over and over again, we identified three big buckets of motivators: career, community, and cause.

Career is about work: having a job that provides autonomy, allows you to use your strengths, and promotes your learning and development. It’s at the heart of intrinsic motivation.

Community is about people: feeling respected, cared about, and recognized by others. It drives our sense of connection and belongingness.

Cause is about purpose: feeling that you make a meaningful impact, identifying with the organization’s mission, and believing that it does some good in the world. It’s a source of pride.

These three buckets make up what’s called the psychological contract — the unwritten expectations and obligations between employees and employers. When that contract is fulfilled, people bring their whole selves to work. But when it’s breached, people become less satisfied and committed. They contribute less. They perform worse.

In the past, organizations built entire cultures around just one aspect of the psychological contract. You could recruit, motivate, and retain people by promising a great career or a close-knit community or a meaningful cause. But we’ve found that many people want more. In our most recent survey, more than a quarter of Facebook employees rated all three buckets as important. They wanted a career and a community and a cause. And 90% of our people had a tie in importance between at least two of the three buckets.

Wondering whether certain motivators would jump out for particular people or places, we broke the data down by categories. We started with age.

There’s a lot of talk about how different Millennials are from everyone else, but we found that priorities were strikingly similar across age groups.

Contrary to the belief that Millennials are more concerned with meaning and purpose, we found that younger people cared slightly less about cause — and slightly more about career — than older people. In fact, people ages 55 and above are the only group at Facebook who care significantly more about cause than about career and community. This tracks with evidence that around mid-life, people become more concerned about contributing to society and less focused on individual career enhancement.

But overall, the differences between age groups were tiny. And that’s not just true at Facebook. In a nationally representative study of Americans across generations, Millennials, Baby Boomers, and Gen Xers had the same core work values — and tended to rank them in the same order of importance. As we’ve said before, Millennials want essentially the same things as the rest of us.

We also didn’t see any major differences by level, or by performance reviews: people valued these three motivators whether they were exceeding, meeting, or falling short of expectations. And when we compared office locations, it was clear that career, community, and cause were all prized around the globe.

Finally, we turned to function. “If it weren’t for the people,” Kurt Vonnegut once wrote, “the world would be an engineer’s paradise.” Survey says: false. Our engineers care a lot about community, giving it an average rating of 4.18 on a 1-5 scale. And just as we saw with age and location, across functions people rated career, community, and cause as similarly important.

“To know what one really wants,” Maslow argued, “is a considerable psychological achievement.” Our data suggest that people are very clear on what they want at work — and they fundamentally want the same things. When it comes to an ideal job, most of us are looking for a career, a community, and a cause. These are important motivators whether you’re 20 or 60, working in engineering or sales, in Luleå or São Paulo or Singapore or Detroit. We’re all hoping to find a what, a who, and a why.
Posted by Soledad Tanner Consulting at 12:03 PM