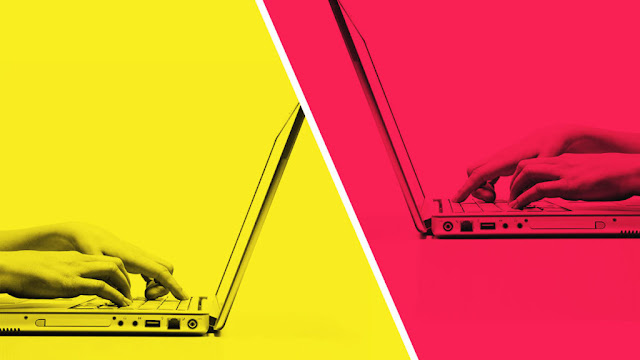 The popular press is full of articles claiming women bully other women, spread malicious rumors about them, behave in two-faced ways toward them, and seek to undermine their professional standing. The problem with all such claims is that they are simply not true. In conducting research for our book, It’s Not You, It’s The Workplace, we could find no empirical evidence supporting the notion that women are more mean-spirited, antagonistic, or untrustworthy in dealing with other women than men are in dealing with other men. Indeed, the best recent psychological research finds that “one’s sex has little or no bearing on personality, cognition and leadership.” But, if there is no empirical evidence that women are inherently hostile to other women, why is this view so prevalent?

We believe the answer lies in a fundamental misunderstanding of why women sometimes have fraught work relationships with other women. It’s not because they have some unique, female psychological characteristic, it’s because of workplace discrimination.

Workplaces are gendered when they are led and dominated by men and operated in accordance with masculine norms, values, and expectations. In such workplaces, two powerful — if implicit or unconscious — biases can lead women into antagonistic relationships: affinity bias and gender bias.

Affinity bias is the natural, instinctive preference people have to associate with and provide support for people who are like them. Because of affinity bias, male managers typically consider giving women career-enhancing assignments, appointing them to important teams or including them in their networks only after the men in the office with whom they feel more comfortable.

Gender bias is the assumption that men are superior to women at leadership, high-pressure tasks, and difficult negotiations. Because of gender bias, women are seen as less competent, ambitious, and competitive than men.

Affinity bias and gender bias often work in tandem to make women’s same-gender workplace relationships difficult because they limit the number of positions for women at leadership tables, thereby forcing the people vying for those spots into direct competition with one another. The two forms of bias also create substantial, if not overt, pressure on women to adopt a decidedly masculine management style in order to identify with the male in-group and distance or differentiate themselves from their female peers. These dynamics can foster antagonism between women, which is then often wrongly attributed to their inherent nature, rather than to workplace circumstances.

Women (and men) hold gender stereotypes about how women (and men) should behave. For example, women expect female (but not male) colleagues to be interested in their personal issues, concerned about their welfare, supportive of their desires, and more aware of and sensitive to their unique needs, wishes, and difficulties. In other words, they assume that other women will be “more understanding, more nurturing, more giving, and more forgiving than men.” And, when this fails to happen, they can react in antagonistic ways.

In high status, demanding careers, however, women (and men) are under pressure to be direct, assertive, and business-like and not to treat people differently because of their gender. Female executives are thus caught between the expectations of their workplaces and the expectations of other women, perceived as cold, selfish, hostile or antagonistic — while men who behave in precisely the same way are perceived to be simply doing their jobs.

Of course, some women are genuinely unpleasant, unfriendly, and adversarial. But there is no evidence that there is a higher proportion of such women than there is of men who act in a similar way. Certainly, there are not enough “mean girls” at in the workplace to justify painting all women with this brush.

Women and Men Are Not Different

As we noted at the beginning of this article, there is another reason to reject the caricature of women as inherently hostile to other women: the lack of any significant non-biological difference between the sexes. The differences that do exist are small, with more variation in temperament, ability, and behavior among women than between women (in general) and men (in general).

When women and men behave differently in the workplace, it is not because of different psychological characteristics but because biased practices and procedures result in the two groups having disparate workplace experiences. Women and men do feel, behave, and interact differently in the workplace because of the tasks they are asked to perform, the conditions under which they are asked to do them, and expectations as to how they will perform.

The caricatures of women as bullies or backstabbers who are inherently hostile to other women have nothing to do with their actual psychological makeup and everything to do with the stereotypes and biases they confront at work. Instead of setting up female rivalries, let’s fix those workplaces so that women are not systematically disadvantaged in their pursuit of career advancement.
Posted by Soledad Tanner Consulting at 4:53 AM