CEOs Are Redefining the Role of Business in the World 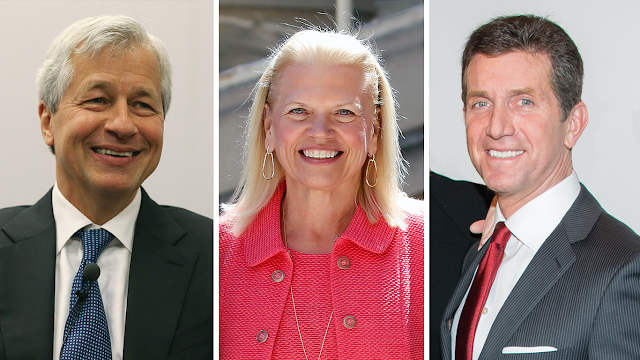 Because capitalism has to work for everyone — not just shareholders.

This week marked a milestone for business. The Business Roundtable, an association of nearly 200 American CEOs, issued its “Statement on the Purpose of a Corporation,” a pledge to deliver value not just to shareholders, but to all stakeholders — and in doing so, to fundamentally shift the role of business in the world.

This isn’t some small-ball, better business initiative. It’s the chiefs of JPMorgan Chase, Johnson & Johnson, IBM, General Motors and many more creating a new blueprint for the future of capitalism. It’s a collective rejection of one model — Milton Friedman’s declaration of profit as the only responsibility of business — and the embrace of another. As Jamie Dimon, the Roundtable’s chairman, put it, “The American Dream is alive, but fraying. Major employers are investing in their workers and communities because they know it is the only way to be successful over the long-term.”

This new model gives us a glimpse of a future where businesses can be the greatest platform for social change — while still continuing to grow, innovate and compete. It includes:

*Delivering value to our customers.
*Investing in our employees.
*Dealing fairly and ethically with our suppliers.
*Supporting the communities in which we work.
*Generating long-term value for shareholders.

It’s the culmination of a movement that has been gaining steam for some time. In 2013, Richard Branson launched The B Team with the mission to change the values that drive businesses and to move beyond the obsession with quarterly earnings and short-term growth. I’ve learned a lot by being on the B Team’s board since the beginning, and by joining the board of JUST Capital, which Paul Tudor Jones founded to build a more just marketplace that reflects people’s true priorities.

And now, at a time of wavering trust in capitalism, when 64 percent of Americans say a company’s primary purpose should include “making the world better,” our leaders have understood the need to act. JUST Capital reports that “over the last five years our polling has showed that regardless of age, political affiliation, income, ethnicity, or gender, people want companies to stop prioritizing shareholders and start sharing success with all stakeholders.” The Roundtable’s commitment is the culmination of Alan Murray’s observation that “in the past few years, it has become clear that something fundamental and profound has changed in the way CEOs approach their jobs.”

For far too long, we’ve operated on the belief that businesses must single-mindedly pursue profit, consequences be damned. We’ve watched as this approach has left individuals and communities behind, turned a blind eye to unfair and unethical practices, harmed the planet and created a global epidemic of stress and burnout.

This week’s news puts us on a new and better path. It acknowledges the reality that profit and purpose are not in opposition, but rise together. The CEOs have spoken. Now, it’s on them to turn those words into action.

Subscribe here for my Weekly Thoughts Newsletter, where you’ll find my take on the week’s news, my favorite pieces on how we can thrive even in our stressful world, and some fun and inspiring extras