There’s no ‘I’ in ‘women’: Why teaming up will work to our financial advantage 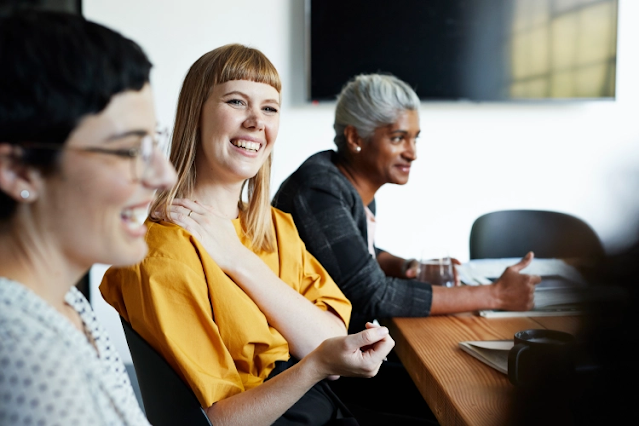 “Ninety percent of women say they want to buy from women-led businesses,” notes Sallie Krawcheck. “They just need to know who they are.”
By every measurable economic standard, 2020 was a horrific year for women. One hundred percent of the net jobs lost in December were lost by women; and 275,000 women left the workforce in January, putting women’s labor participation rate at 57%, a 33-year low. In one recent survey, 54% of women small-business owners said they fear they will have to close their business because of the impact of the pandemic. And the pre-pandemic gender pay gap (82¢ to a white man’s dollar) and gender wealth gap (32¢ to a white man’s dollar, and just a penny on that dollar for Black women and brown women) have meant that there’s very little financial cushion for these women to weather this storm.

All of this lays bare the harsh truth that women’s progress in the workforce has been built on an incredibly rickety foundation, one that was reversed in an instant. In the U.S., lack of mandated paid parental leave, lack of affordable childcare for all, and lack of paid sick leave are all contributors: When the economy broke, the traditional gender roles kicked in, and it was women—and women’s careers and jobs—that bore the brunt of it.

We have a lot of work to do: Public policy work, work in changing company cultures, work in challenging gender expectations all top the list. While those are all large-scale—and some would say lofty—goals, there is an incredible amount of work that can be done on an individual basis. But for that work to have real impact, we need to do it as a team.


To help us get there, we need to cut through some of the internalized beliefs that have helped our society gaslight women.

The first one to go: the rock-solid belief that women can sidestep the systemic issues listed above with some grit, some pluck, some good cheer, and the right career self-help book. This belief holds that in doing so, women can have it all: They can achieve work/life balance, they can rock that career, they can start that business, they can get that VC raise, they can score that board position—all in those three-inch heels, and without breaking a sweat. (“Look, if I can do it, I’m proof that so can you.”)


Underlying this is an ever-so-subtle message about women in the workforce, especially when it comes to telling us that we can “have it all”: that you—that’s right, you, and only you—own your success. That “business is an individual sport.”

A further unwritten rule has been that once you get to the top, you shouldn’t rock the boat too much. Definitely be the senior sponsor of the women’s diversity group, but don’t make too much of advancing other women. In fact, research has shown that women managers who have promoted other women have been dinged for it. So play the game as an individual sport on the way up, and don’t change those rules when you get to the top.

The term “Boys’ Club” exists for a reason: With this approach, men have maintained much of their grip on business, whether that’s making up 92% of Fortune 500 CEOs or accounting for more than 95% of venture capital dollars raised.

A different path forward for many women has been to start their own small businesses: offer something great and let the market decide. But sadly, gender issues persist there as well, with women less likely to receive business loans than their male peers, and, when approved, receiving smaller amounts of money at higher interest rates—much higher interest rates—than men. And, when they needed money the most, many women entrepreneurs were locked out of the Paycheck Protection Program.

The answer? Change the game.

It starts with no longer allowing ourselves to be gaslit on the root causes for the gender pay and gender wealth gaps, and recognizing that the drivers of those problems are cultural and systemic, and thus not our fault.

It certainly includes our coming together to demand better social safety nets. We need a mandated, paid parental leave; affordable childcare; paid sick and care leave; and—to help women claw back some of what was lost in this crisis—direct payments to parents, like the Marshall Plan for Moms.

And it’s also us coming together to use our money as a source of progress and recovery—breaking what has been a taboo for many women, brought up to believe that they’re “not good with money.” A path forward here is clear: 90% of women say they want to buy from women-led businesses. They just need to know who they are.


We founded Ellevest, a financial company for women, with a mission to “get more money in the hands of women,” in the recognition that only good things happen when women have more money. In this vein—and to help women support other women financially—we are launching the Ellevest Women-Led Collection; it’s the first rewards and cash-back offering that identifies and helps consumers connect with women-led businesses, both national and local. (Businesses and consumers can learn more at www.Ellevest.com/women.)

Today, money is women’s No. 1 source of stress. And no wonder. But by recognizing the power that we have—with women directing 85% of consumer spending—and then intentionally guiding that spending, we can take a key step forward in helping women turn money from a source of stress to source of strength and recovery.

Sallie Krawcheck is the CEO and cofounder of Ellevest, an innovative financial company for women. She was previously CEO of Merrill Lynch and Smith Barney, and CFO of Citi.
Posted by Soledad Tanner Consulting at 10:41 AM