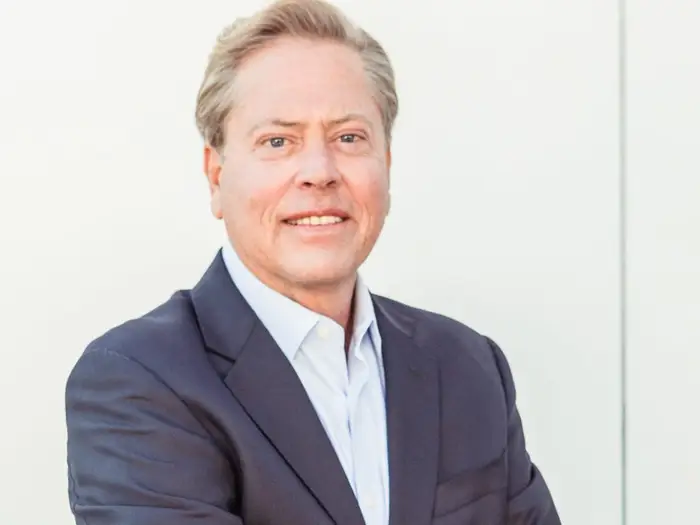 It's been a longstanding idea in business that emotions should be kept out of the workplace. Whatever's going on in your personal life, you leave it at home so you can bring your most productive self to work.

But in a year when so many lines have become blurred — when home has become work and people are so exhausted they couldn't possibly leave their personal experiences at the door — it's clear that this old-fashioned idea can't hold up much longer.

And according to Gary Burnison, CEO of management consulting company Korn Ferry and author of "Leadership U: Accelerating Through the Crisis Curve," it's up to leaders to model a new way forward.

"I think that what the world is calling for now is radically human leadership — leadership that's based on humility, on not just showing empathy but having empathy, on being vulnerable, on being authentic," he told Insider.

While it's pretty obvious how leading this way would create a more enjoyable workplace for employees, Burnison shared that it'll also lead to higher productivity and success.

Burnison has seen this play out successfully as Korn Ferry has navigated the pandemic. Despite having to make a lot of hard decisions as a company, like the layoffs that so many faced, they did it in the most humane way they could and made sure to be there for their employees along the way — and now are seeing business levels that have bounced fully back to normal.

If you're used to keeping emotions at a distance in the workplace, learning to become a radically human leader can feel foreign. Here are a few ways Burnison suggested getting started.
Begin with yourself

Being a radically human leader has to start with you.

"I don't think you can be a radically human leader unless you yourself are radically human," Burnison said. "That starts with looking in the mirror and candidly saying, 'Where are my blind spots? Where are my strengths? What are my weaknesses?'"

In particular, Burnison recommended taking a hard look at how you and your organization deal with failure. If failure is punished rather than encouraged, your employees may never feel comfortable opening up the things that are making it hard for them to do their jobs, meaning you'll never have the opportunity to support them through it.

This also means modeling the behaviors you want to see in others and not being afraid to show up with vulnerability in order to demonstrate to your team that they're free to do the same. This doesn't mean dumping all of your troubles on your team, but not feeling like you always have to plaster on a happy face when you're going through something tough.
Create space for connection

Of course, your employees aren't just going to start suddenly opening up to you about their troubles, particularly if you haven't had a culture of radically human leadership before.

Instead, start by connecting with your employees in smaller ways — asking about their weekends, their families, their hobbies. Over time, this will make them feel comfortable sharing some of the harder things going on in their life.

In today's virtual workplace, that also means being very purposeful about creating space for connection.

"If anything, I've increased the amount of time I've spent just talking to my employees," Burnison said. "When I do a Zoom call, never start out with the topic at hand — I'll try to make a connection with the people on the call first, because it would have happened if we were in person."
Show up even if you don't have the answers

As a leader, there will be many situations where there's no solution, no way to fix what's going on.

The trick is to be humble enough to recognize that and still go out of your way to reach out to your employees and make sure they know you're there for them.

Burnison experienced this firsthand this year as he's had employees who've had to quarantine for two weeks after fear of COVID-19 exposure, suddenly lost spouses, and expressed suicidal thoughts to him.

"There's no magic formula to what you say in those situations — there's not a game plan or a tactical approach that you can take," he said. "But if people can feel that they are being seen, that they're being heard, that somebody else cares for them — that's 90% of it."
Posted by Soledad Tanner Consulting at 5:54 PM