How to Build a Strategic Narrative 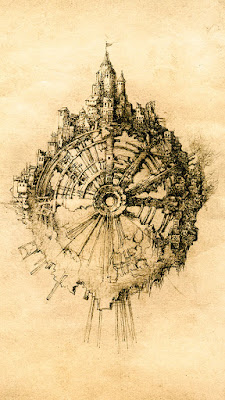 It’s a common refrain in executive suites these days: “We need a new narrative.”

It’s not enough any more to say “we make widgets.” With changes happening so quickly from so many directions – competition, regulation, technology, talent, customer behavior – it’s easy for one’s story to become generic or outdated.

You want a story that inspires employees, excites partners, attracts customers, and engages influencers. A story that is concise but comprehensive. Specific but with room to grow. One that defines the company’s vision, communicates the strategy, and embodies the culture.

The natural step is to give the assignment to an agency. Most branding firms will come back with a tagline and positioning statement. Most advertising agencies with creative treatments and marketing campaigns. Most PR firms with messaging and communication plans. These are useful tactics but aren’t the kind of strategic narrative you are looking for.

A strategic narrative is a special kind of story. It says who you are as a company. Where you’ve been, where you are, and where you are going. How you believe value is created and what you value in relationships. It explains why you exist and what makes you unique.

This doesn’t come out of the usual competitive landscape, customer interviews, and whiteboard sessions. It takes a different approach and a shift in thinking led by the leadership team.
Human context

The first step is to understand the context of the narrative. Research shows that our brains think of companies not as objects but as people. Every time someone engages with your brand, they are asking you: “So tell me about your yourself.”

Consider the scenario of a job interview. You have the candidate’s resume, but what really matters can’t be put on paper. You want to know what inspires them, what they are like to work with, and whether they can be counted on. You want to get a sense for them as a person.

It may sound a bit strange at first, but the same is true for your company. The context of the narrative must be a human, not an institutional, relationship. People want to get a sense for your company as if it were a person. Human relationships require reciprocity and authenticity. The narrative should say who you are, not just what you do.
Shared purpose

One function of the strategic narrative is to explain how the purpose will be fulfilled. As an example, between 2008 and 2015, IBM organized its marketing under the shared purpose of “Building a Smarter Planet.” In a series of papers and talks, then CEO Sam Palmisano laid out a detailed explanation of how things were becoming more “instrumented, interconnected, and intelligent.” By infusing intelligence into systems and processes, the world would become smarter.

The second function of the narrative is to explain the roles necessary to fulfill the shared purpose. By analogy, consider a potluck meal in which everyone is responsible for bringing a different dish. I bring the entrée, you bring the salad, and someone else the dessert. Similarly, the shared purpose is the potluck and the narrative explains who brings what to the party.

As an example, Nike has a mission “to bring inspiration and innovation to every athlete in the world.” What makes this a shared purpose is that Nike actively encourages people to inspire each other. Nike’s “Just Do It” slogan is a key part of its narrative. In addition to being part of the inspiration in the mission, it also helps define the respective roles. In effect, Nike is saying “We’ll bring the shoes, the equipment and the clothing; you bring your drive, your discipline and your competitive spirit.” It’s a narrative that goes far beyond the products Nike sells.
Brand DNA

People don’t fundamentally change, and neither do companies. When they are founded, a kind of DNA is created that persists for the life of the company. A strategic narrative must align with this brand DNA or it will be perceived as inauthentic.

To find your brand DNA, go back to the original vision and ethos of your founder(s). Walmart’s value proposition is everyday low prices. It’s by no means unique among retailers. But Walmart’s shared purpose is not about lowering prices, but raising the quality of life. When he founded the company, Sam Walton said, “If we work together, we’ll lower the cost of living for everyone.” Other retailers can match Walmart’s strategy, but not its narrative.
Losing the narrative

At the core of Starbucks narrative is the idea of a “third place.” Before becoming the CEO, Howard Schultz traveled through Europe and realized that in every country there was a third place between home and work where people gathered for conversation and community over a beverage. He envisioned Starbucks as a third place for America. The concept of third place powered years of exponential growth for Starbucks until Schultz stepped away from direct management of the business in 2000. Financial performance suffered until his return in 2008.

It is no coincidence that market leading companies like IBM, Nike, Walmart, and Starbucks have powerful narratives. By creating a context of human connection, collaborating around a shared purpose, and connecting with the company’s DNA, you too can create a narrative that energizes your executives, inspires employees, excites partners, and attracts customers.
Posted by Soledad Tanner Consulting at 1:04 PM

Email ThisBlogThis!Share to TwitterShare to FacebookShare to Pinterest
Labels: Strategy