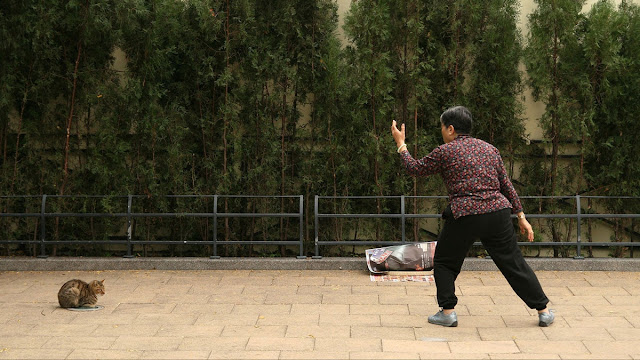 Companies are always looking for the best ways to assess the potential of employees. Managers want to understand how their teams contribute to the organization, and they want to identify high performers and potential leaders along the way. Many know and use the nine-box model, for example, to map past performance against future leadership potential. The people the model identifies as those with the most promise are often the ones a company will invest in through additional training and talent development programs.

But are these measurement methods still valid? Just as our workplaces have changed, the way we measure an employee’s value also needs to change. Our belief is that companies aren’t properly identifying the right people or behaviors in the first place — they fail to accurately assess an employee’s potential value to the organization because of what they can’t see. Specifically, traditional organizational reporting structures limit managers’ visibility into how their employees are influencing and contributing to other teams. New workplace metrics are needed to help leaders get a more complete picture of this.

One window into an employee’s impact within an organization is understanding how they collaborate and influence others within the organization. The latter trait in particular is something Korn Ferry research has identified as an important way to identify employees with leadership potential.

We got a unique window into this when TINYpulse — a software provider that helps companies measure workplace sentiment and peer-to-peer recognition through ongoing, one-question pulse surveys — partnered with Microsoft Workplace Analytics to examine the relationship between employee feedback, collaboration, and performance. TINYpulse provided Microsoft with aggregated numbers from a tool called Cheers for Peers, with which employees can send “cheers” to each other to recognize good work. TINYpulse tracked how many cheers were sent and received per employee at their company over a six-month period.

The study found that the number of cheers an employee received was highly correlated with high network influence. This means the group of people who received the most praise from colleagues acted as communication hubs for the entire organization and were central to work getting done. Examining a bit further, we found that the number of aggregate internal interactions was also highly correlated with the number of cheers received. Perhaps it isn’t surprising that this supports the notion that as people collaborated more with colleagues, they were recognized more by others at work.

We learned that highly regarded employees tend to collaborate across an organization, but we also wanted answers to two other questions: What behaviors make us believe certain employees are talented? and How can managers benefit from that information, particularly as it pertains to identifying potential leaders?

In the second stage of the research, TINYpulse provided Microsoft with a list of the top-performing employees it identified as those with high leadership potential. The list was matched with email and calendar behavioral data, and then anonymized and aggregated.

There were two major differences, however. First, high performers spent nearly four hours more per week collaborating internally rather than externally, and this group had larger internal networks (an average of 27 connections), indicating they are more influential within the company than their peers. For comparison, the employee sample identified as low performers had an average network size of 20.

Second, high-potential individuals in the go-to-market group spent 34% more time with product and engineering groups than the team average. This is particularly important in the highly competitive software-as-service business, which requires very tight collaboration between those who interact with the users, buyers, and competition and the people who build the product.

“By analyzing this data, we were able to quantify the specific behaviors behind high-performing groups being flagged for leadership development and management opportunities,” said David Niu, CEO of TINYpulse. “Understanding the howbehind improved performance helps us identify the right behaviors to encourage and reward, which means development opportunities are open to more people.”

Investments in leadership development increased 14% in 2014, according to Bersin by Deloitte, and the current demand for high-caliber talent is further compounded by new graduates entering the workforce each year. For companies to succeed, they must innovate in how they identify, train, and retain high-performing employees through new data-driven approaches. The traits of high performers are multidimensional, nuanced — and sometimes hidden. Although it is in its early stages, the powerful combination of self-reported employee feedback and objective measures gleaned through aggregate calendar and email activities can provide a more complete picture of performance and potential. Together, they have the potential to help unlock the mysteries surrounding what constitutes the best and brightest.
Posted by Soledad Tanner Consulting at 1:00 PM

Email ThisBlogThis!Share to TwitterShare to FacebookShare to Pinterest
Labels: Performance